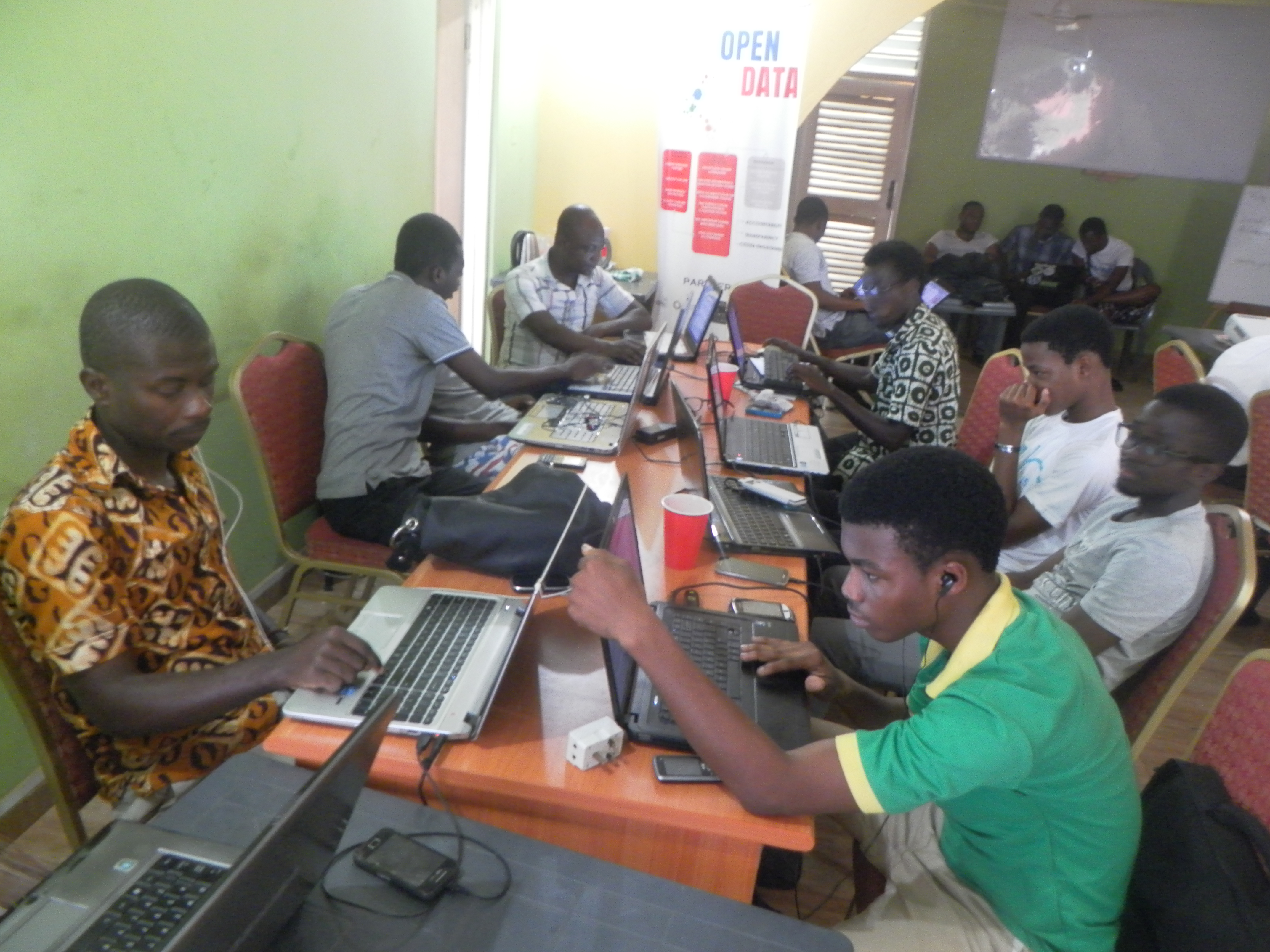 ###Some Projects of the Hack Night 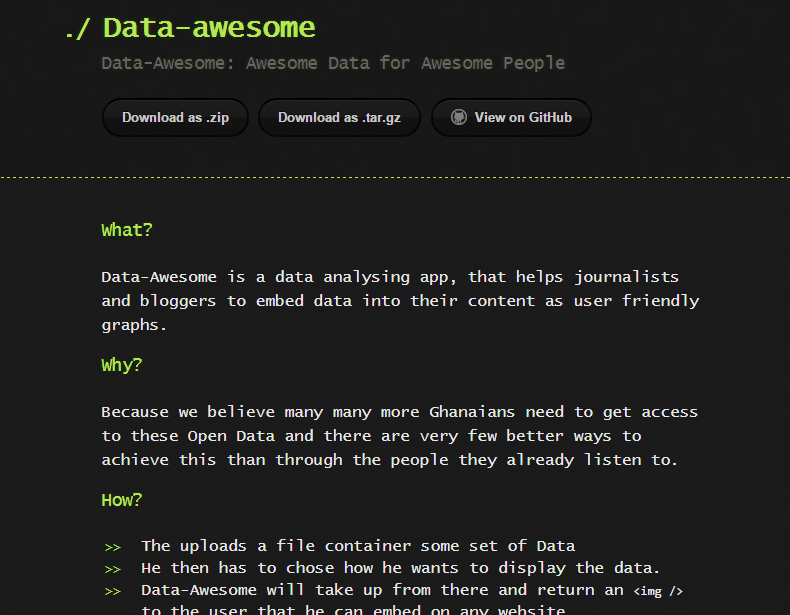 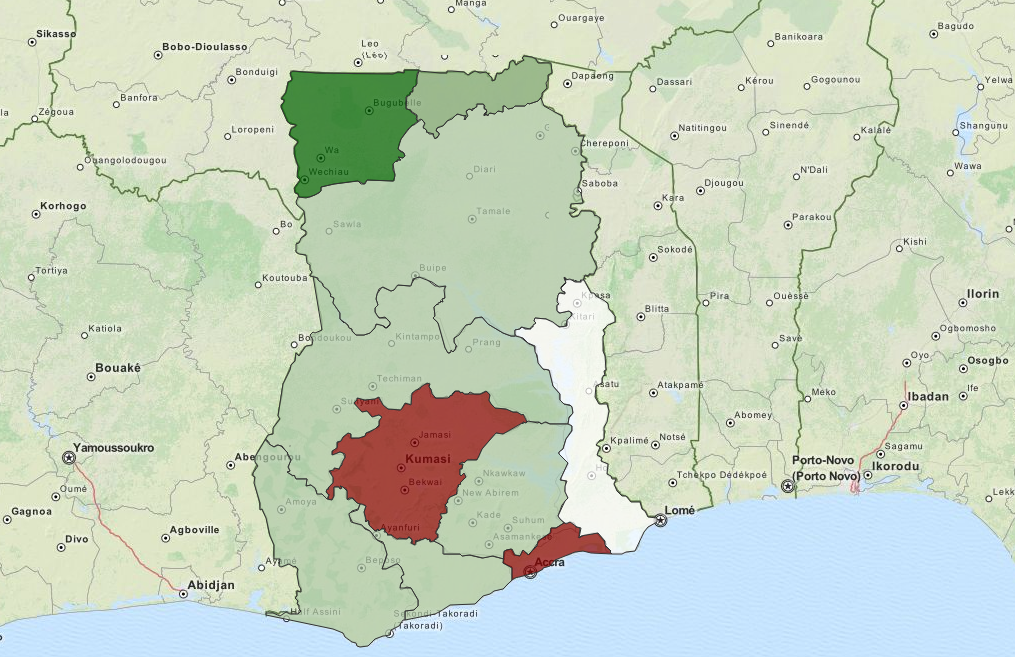 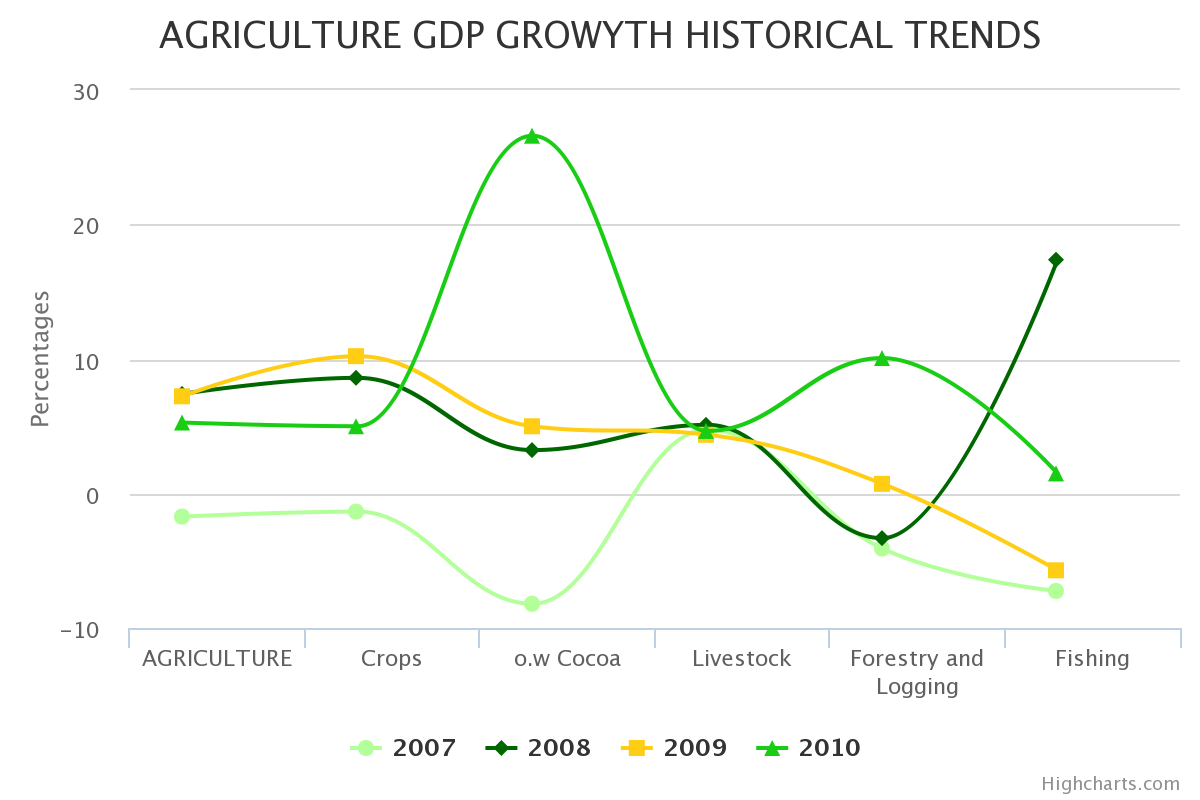 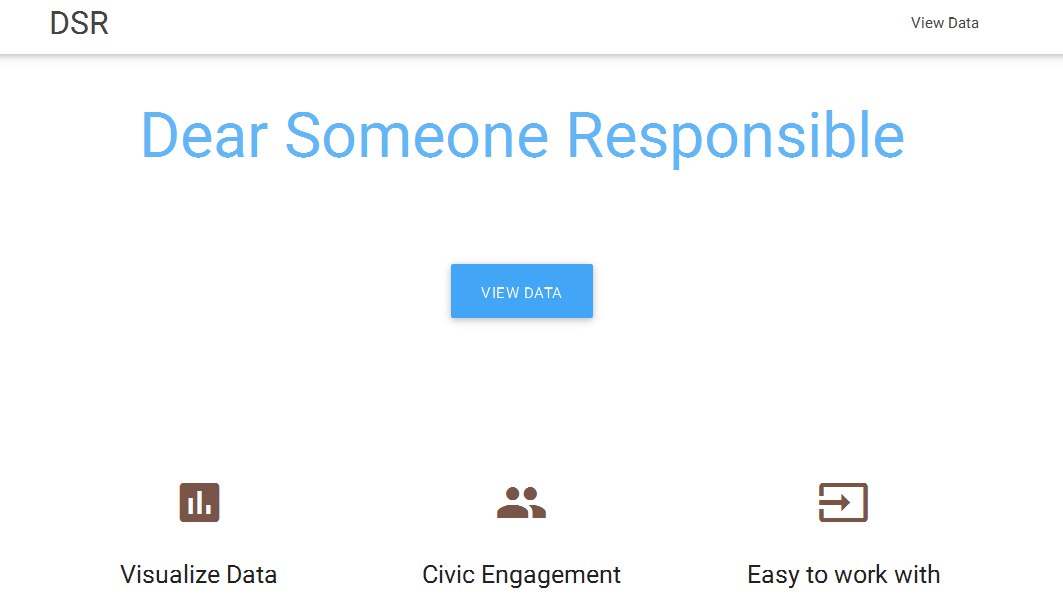 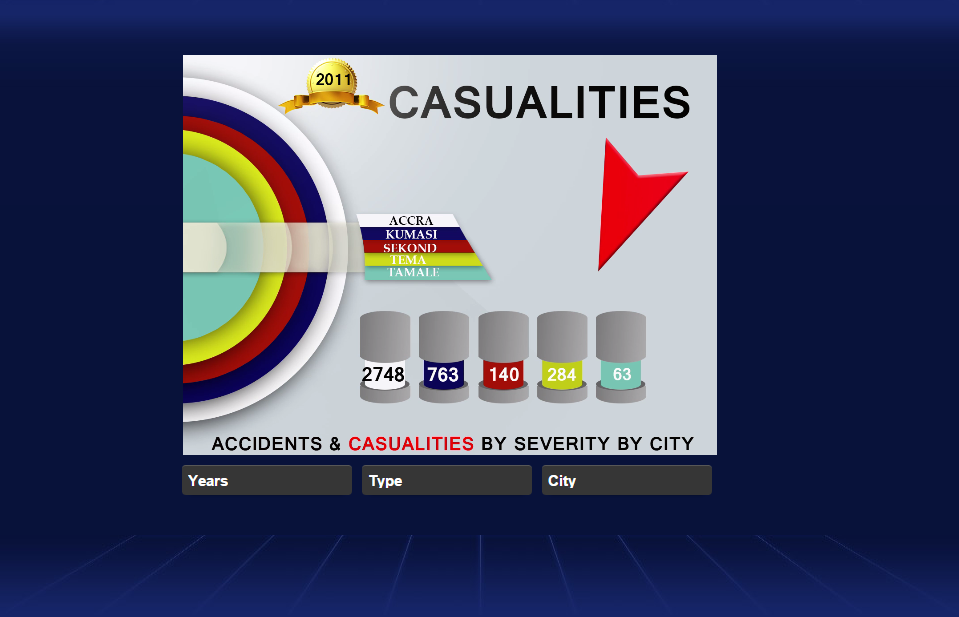 Code for Ghana organized a two day hackathon dubbed Open Data Hack Night. It was held at Mobile Web Ghana from 31st July to 1st August. The overnight-hackathon was organized to introduce developers to civic app development and give them the opportunity to come up with some apps and data visualization to benefit the Ghanaian society.

Code for Ghana provided data sets on areas and events which included: government spending and revenue, energy consumption, road accidents, fire outbreaks, floods etc. Participants were allowed to work with their own data sets too.

Soon after that, the participants were asked to break into groups, come up with ideas to work and start coding. This is where the essence of the hack night was really seen. Some of the participants left when it was late, 15 of them slept over to code throughout the night.

The teams that had some of their members going home were pleased to see them come by early Saturday morning. On Saturday, we were joined by Code for Ghana data fellow Afua Ankomah. She came to supervise the work of the teams and offered help where needed. Gradually the individual projects were shaping up and one could easily see what each team intended to build. Another remarkable thing about the hackathon was the fact that the participants were fairly young – most of them were students – but the level of enthusiasm was very high. The participants were allowed to code for almost the whole day. At 5pm, they were asked to stop and present their projects.

At the end of the day, the judge, Dr Mohammed Sani Abdullah from the University of Professional Studies judged “Dear MP” as the winner of the competition. It is a platform on which people can register their grievances about areas with poor sanitary conditions and bad roads by either writing about them or uploading photos. The aim is to keep the people responsible on their toes to find solutions to these problems. It was a closely contested competition as the other teams had innovative projects too.